Afternoons with Angel is like spending the afternoon at your best friend’s house or with them at your favorite restaurant- good times, fun people, and great music! (Can you say Dance Party?) Angel’s zany and canny wit helps relieve the stresses of the day and she is always quick to laugh at herself, but has been known to shed tears with listeners. She fervently believes in the power of music and the ability of God’s Word to lift people up. 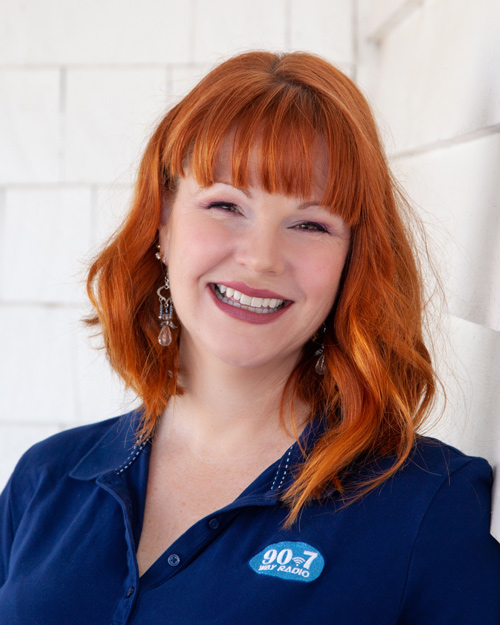 Angel received her Bachelor's degree in Broadcast Journalism, but then she let that degree gather dust on a shelf while she moved to Germany, became a military spouse, had three kids and moved seven times! After her husband retired from the military, they moved to Brunswick, and Angel was blessed to be hired at WAY Radio. As well as being a DJ and the busy mom of 3, Angel also volunteers with Castaways Pet Rescue, and has had as many as seven fur-babies in her house at one time! When not on air, Angel can be found planning renovation projects, making jewelry, and hunting for seashells. Her least favorite things are mean people & folding socks.